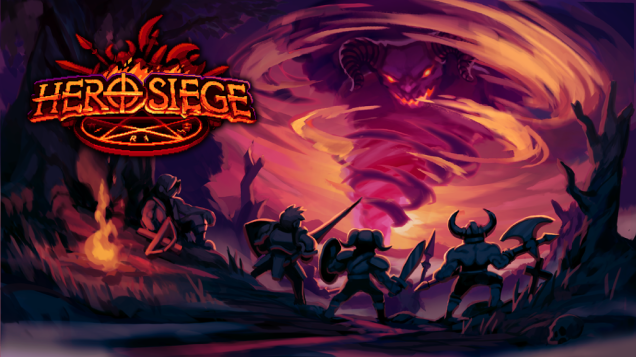 Hero Siege is one of those games that I always come back to. Last year I was really into it and put nearly 100 hours into it before moving on to something else. I actually bought the game in 2014 and it’s continued to be updated and grow from a wave clearing roguelike into a 2D pixel Diablo.

On Wednesday the next big update dropped for the game. Once again, everything was overhauled.  The game engine was completely reprogrammed to improve performance.  The Hero Level system (think paragon points in D3) has it’s own talent tree now for more customization. And there’s even jumping now, I didn’t know I even needed that!

This update also comes with a lot of balance fixes. The difficulty settings have been reduced to 4 (Normal, Nightmare, Hell and Inferno ((Sound familiar?)) Max points into a skill is now 30 and the level cap has been decreased to 100. There also used to be a bug with multiplayer where players that weren’t hosting the game didn’t take damage from the majority of attacks. The patch notes say host/client taking and dealing damage bugs have been removed. My friends seem to die more when I host than they did before so it looks like it’s working.

The other major update is to the loot system. Loot is handcrafted now so that stats that did not work for your class don’t show up on your items. In the past, you would end up finding spell caster weapons with strength and swords with energy stats. More stats have also been added increasing item diversity and items can now be socketed with stat gems/runes.

Acts 5 and 6 which had previously been DLC only have been made part of the base game. There looks like there’s some contention around this. Mainly, some think DLC content that others bought should be given out for free. Personally, I’m all for it. That DLC has been out for years and it only gives you the extra maps and not the extra classes. So there’s still a reason to buy it if you’re so inclined.

I played for most of Wednesday night. There were a few stability issues, the main ones being server lag and disconnections. I was DC’d 3 times in my play session but that’s to be expected on release day for a smaller game like this. I’m having a great time and in many ways, it feels like a brand new game. It’s been interesting seeing this game grow over the years and, honestly, I may like it even more than Diablo 3. Now if I could only decide on a class to play in season 7.